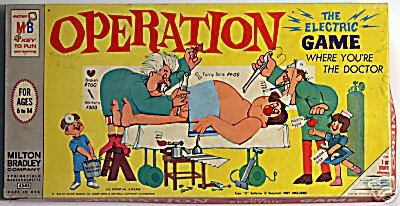 Going by the last update everything should have moved full speed ahead towards recovery from this rare disease. There are different accounts online describing then going into detail explaining what it is, what it does, and what it can do – wreak havoc with just about anything connected to the bloodstream and immune system.

We hit a major setback the day after I posted Yuri’s update. He’s back on the ventilator, not knowing exactly why and for how long. Coming up against Murphy’s Law – “Anything that can go wrong will go wrong.” One darn thing after another starts with scheduling processes, procedures, Friday afternoon escape, and the approaching weekend. There’s a saying – don’t get sick on a Friday that makes you go into a hospital over the weekend.

It’s difficult enough, but if there’s a bump in the road like the one we hit mid-week, well, fuggedaboutit! Unlike gig economy professionals as Yuri and I have been for most of our lives, staff at the hospital are similar to the 9 to 5 state of mind. Friday afternoon comes around and most of them skedaddle out the door. It was a difficult time to get through. The Swallow Team left by 2 p.m. without assessing him because of Yuri’s dialysis session taking up most of the morning. A second probe into his esophagus making sure the pathogen did not enter his heart valves, made it a second day without nutrition. As I had to leave after visiting hours are over, his body starts to tremble. He could become hypoglycemic. I ask the Intern to get a Swallow assessment back for him. She shrugs. It’s the weekend.

Saturday afternoon, I’m there for the four hours allocated for visiting. Yuri is still without a feeding tube while the staff is at lunch in their back office. Infuriated, I demand to speak with the Resident in charge, obviously not one that’s been there all week, but someone covering on the weekend. They will be right with Yuri, they say. They lie. Two hours go by and another excuse. Another patient comes first. The last straw with the excuse that the ICU is understaffed as it’s the weekend. Unacceptable. The Attending Physician hears about it.

Weekend Residents, Fellows, and Interns come by to assess and speculate on Yuri’s complicated health challenges. It’s turning into a Sherlock episode. Brilliantly written, Mark Gatiss co-created the BBC drama Sherlock with Steven Moffat and appeared as Mycroft Holmes. I especially loved the scene between him and his brother, Sherlock, (Benedict Cumberbatch) playing Operation, the electric game where on the surface, there are a number of openings, filled with fun plastic ailments. Players must remove them with a pair of tweezers without touching the edge or they get a “shock.”

Obviously, we are not playing a game. It sometimes feels there are players competing while formulating possibilities for the reason Yuri was intubated again. Despite the setback and other incidences including Pneumothorax a collapsed lung. No reason why this happened other than from the second intubation and back on a ventilator. A chest tube had to be put in. What is this? I am outraged. Who’s in charge on weekends?

Yuri’s sputum– a mixture of saliva and mucus coughed up from the respiratory tract, is examined microscopically. Here, they find what they believe may be the pathogen’s (which one?) beginnings. Small clues and never-ending blood drawing (Yuri thinks of himself as a pincushion) follows the trail, locating its hiding place where it incubates (very quickly in his lungs!) before growing big enough to be expelled into the bloodstream. It’s like opening the proverbial floodgates where all hell breaks loose.

Antibiotics. On Monday, the ICU team returned from their Weekend Warrior adventures is hopeful Yuri will get off the ventilator soon. Very soon. Not soon enough. I’m not saying when, but I am keeping my fingers crossed, still praying, staying positive, and keeping the faith. Monday starts a new week. One day at a time. It’s all connected.