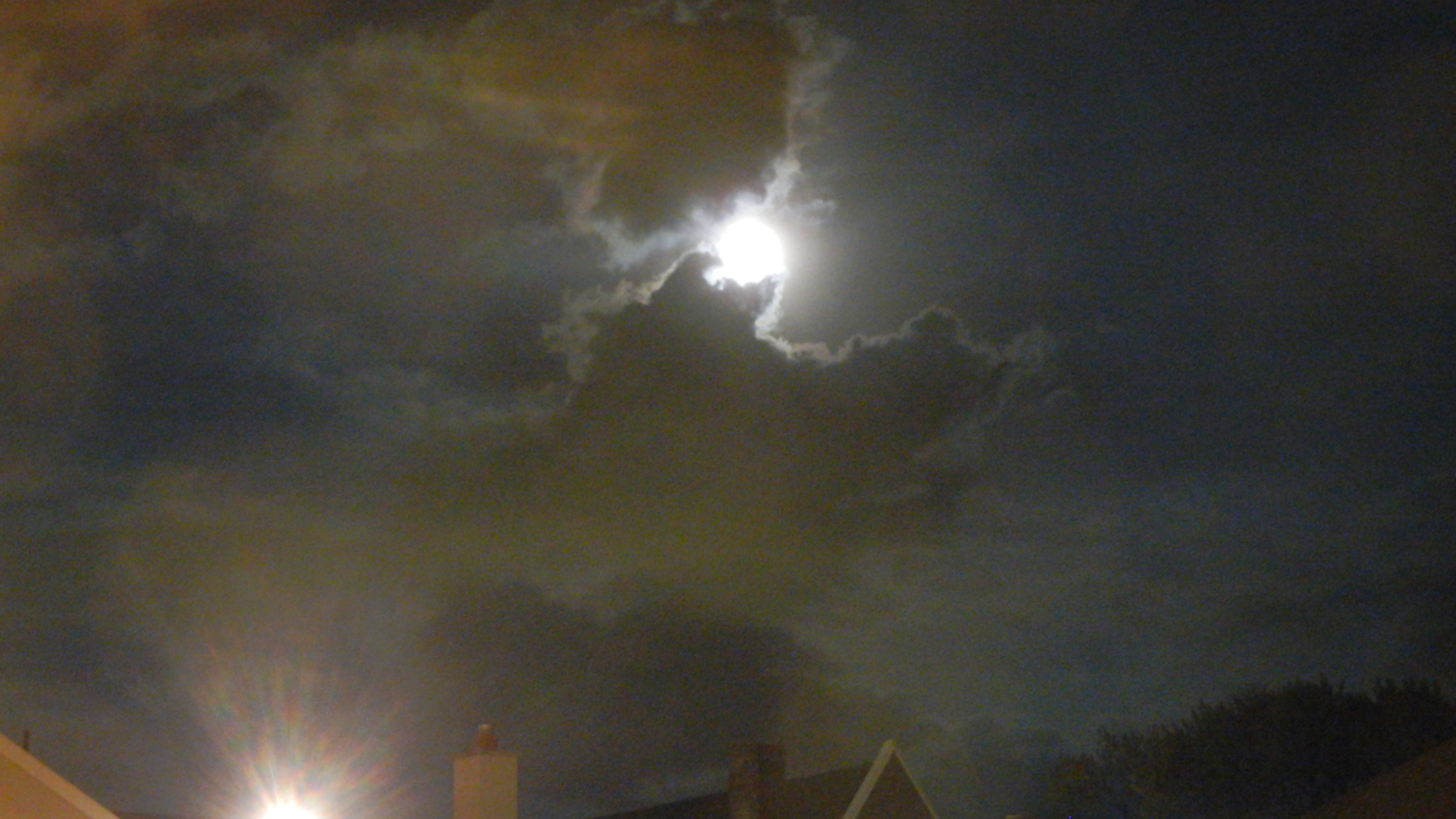 A whirlwind from the last week of summer ushering in another season predicated by the light of the Full Harvest Moon. There were some milestone moments such as an impromptu excursion after coming back from a Doctor’s appointment in Morristown, New Jersey, a bit of distance from where we are living. Yuri’s way of dealing with the drive is by keeping a mental log of mileage and the mileposts indicating how far we still need to go to get to our destination. I did that a lot during the rides to the hospital and rehab center. Fewer doctor trips make it better.

Coming back on Thursday, we stop at the ShopRite in Sussex. It’s the first time Yuri is in a store like this in almost two years. I find the areas where he could maneuver easily, the late afternoon assured fewer people in the store, and the new layout becomes a labyrinth of delightful exploration for the food available. It’s a feast for his eyes, olfactory senses, stirring up desires to experiment with more tastes and flavors that evaded Yuri’s pangs for real food before his swallowing got better. He’s elated at the opportunity and strolls leisurely.

Ergo, I thought we could expand our foray on Friday to add a short ride to Kosmic Korner, a hippie shop in Goshen, New York, and get CBD products to help Yuri cope with the medication side effects. Apparently, the meds are wreaking havoc causing discomfort, fatigue, and making him feel just plain ornery. We heard stories about family members becoming combative because of steroids, which were an appropriate necessity at the time of illness and during recovery. However, it doesn’t help to have healthcare practitioners not be able to answers for these side effects despite the labeling encourages people to check with their doctor. So far, all we get is the “one size fits all” approach.

Despite this aggravation, one of the best things to happen was our walk around Holiday Lake which is 1.5 miles and a nice meandering at any time of day. This day, Sunday, was a perfect day with blue skies and a slight wind. While I’m very impressed with Yuri’s resolve to complete the walk what I didn’t know is that he had a plan in case it became too tiring. I planned to find him a bench if necessary and for me to double back for the car. Unnecessary. We did the walk. It didn’t matter how much time it took. Later, Yuri told me he had his eye on the golfers and their golf carts at the halfway point where he would’ve found a way to abscond with a cart for the ride home to be returned as soon as possible. It’s the better plan. He is amazing.

Another ride to the Newark area comes on Tuesday. As we get closer to the insanity of congested roads, I’m in a slightly desperate state for a restroom. Most places remain closed to the public and taking the side road only highlights the lack of public facilities in less populated areas. It wasn’t until we neared the Route 80 entrance and a stop for gas where I leave Yuri in the car at the gas pumps. When I return it’s quite a surprise that he gets into the driver’s seat and drives into an awaiting convenient parking spot right at the door. He remains adamant that he’s not ready to actually be driving to a destination.

We arrive mid-morning at the Rutgers School of Dentistry in Newark and by that time, there is no street parking available. We come from the top of the parking garage to the plaza and make our way to the proper entrance for the dental school. Urban terrain can be treacherous even to the most attentive. It’s just the nature of the beast. We just follow our instincts most of the time and keep each other aware of where we are and what we’re doing. Mostly me. When I was ready to go for a walk, I’d say, “I really don’t need to take my phone.” Yuri would look at me eyebrow raised, “Yeah right. My wife went out for a walk and didn’t come back. That can happen you know.” I take my phone.

The icing on the cake is a Doctor’s appointment on Wednesday, near where we live. It takes away from Yuri’s physical therapy session and I come back home frustrated, as usual, from another condescending attitude. This time, the doctor didn’t even get the chronology right despite putting in his time for insurance payment during the first hospital stay. He totally ignores our concerns, has no interest in the side effects Yuri is dealing with.

The doctor tells me he is at risk if he doesn’t take the medication. I would like to respond that we took a big risk without knowing what will happen with the second shot almost becoming the end of the line. Yuri survives the one-in-a-million bad reaction, incorrect diagnoses at the first hospital, and decisions from continued impressions from the misdiagnosis. It’s coming up to be six months since we began this journey of uncertainties and the unexpected present we’re coming up on turns into another Peloton stage of recovery.

We’re searching for an integrative way to heal Yuri. Right now, it includes some expensive big Pharma medications, but we expect that eventually he will be weaned off from them. Without understanding what these medications are actually doing, it’s a big risk.

With the full Harvest Moon, the fall season, new direction, new frontier many changes, we look forward that it will take us towards what we are looking for, the meaning of our lives, our work, our future as we make our way through the challenges set before us. It’s just another day.