A Song For Oksana (Without A Guitar) 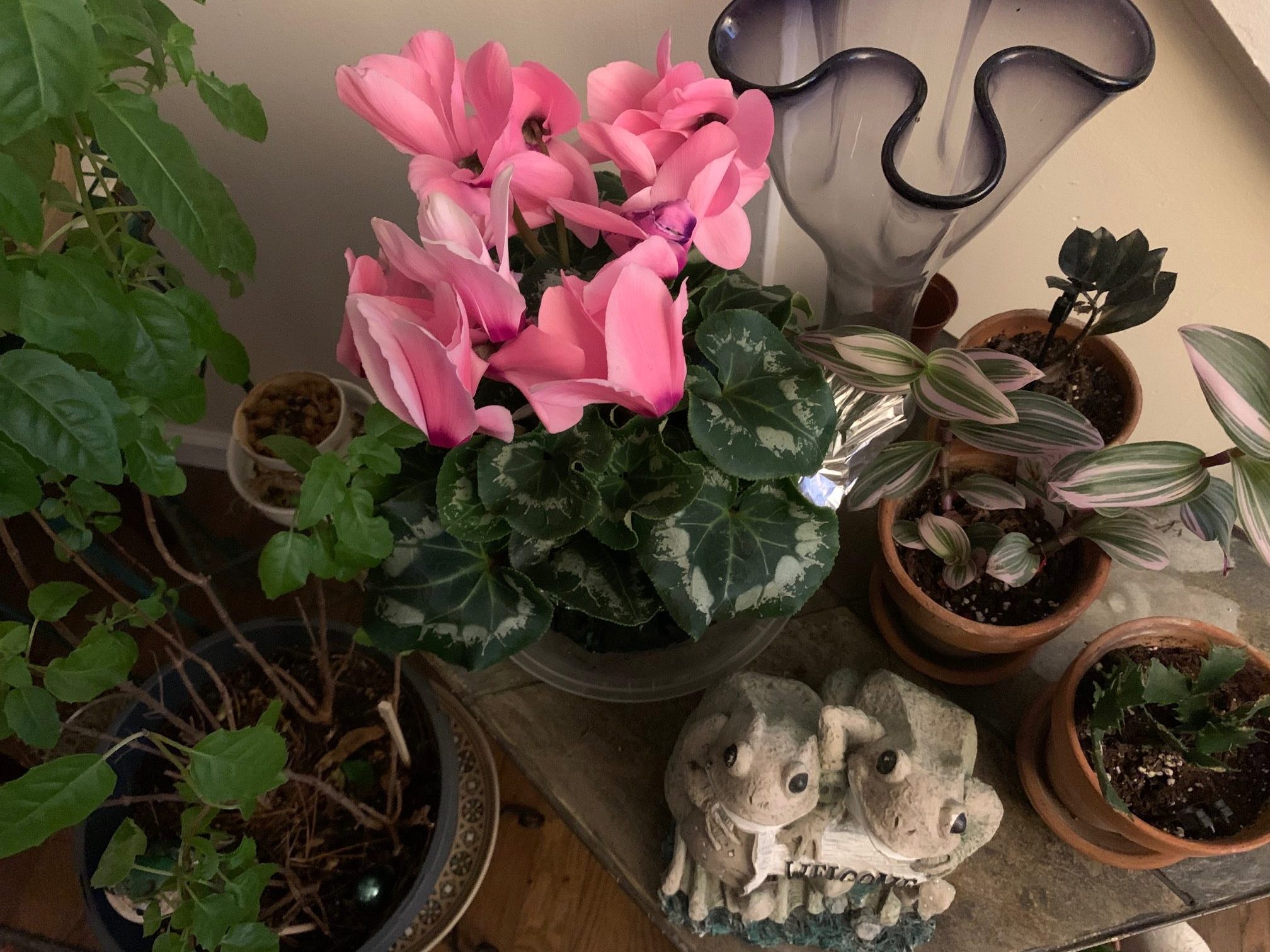 Songs on the radio show, Sleepy Hollow, are replete with tunes of green, the color of spring fever, a feeling of restlessness and excitement, a new beginning, a promise of a season of rebirth. This week another one of our friends transitioned to the other side after what seemed to have been a road to recovery, a chance to come back did not happen. I knew her as Oksana Hrubec, a member of the Hrubec family that has always been part of the backbone of our parish, St. Nicholas Ukrainian Catholic Church. Greek Orthodox. Byzantine Rite.

After Yuri and I married, I became acquainted with her former self, a Petruniak, and the tight, close kinship that came along with it. Ihor Bojcun, her first cousin, called us with the news. Oksana died in her sleep. Her and Ihor’s mom, Tsotsia Tuszka, were sisters. She is also Yuri’s godmother who lives in Chicago, age 98, her memory intact, with legendary stories of her own. Oksana’s younger, most mischievous brother, Roman, and Yuri were altar boys together. Ihor, a bit younger tagged along and participated in “Stand By Me” shenanigans. Their Dads, Misho Bojcun, Saver (Sylvester) Petruniak, Andriy Turchyn, and Stefan Szielkewycz (Yuri’s uncle, his mother’s brother) were inseparable, dubbed the Four Horsemen of the Apocalypse. Yuri, Roman, and Ihor along with Oksana regaled us with stories of their Dads’ personalities and foibles that made us laugh so hard we cried.

The feeling of home came back at the repast after Oksana’s funeral held at the church hall, a dozen years after our wedding reception. Our parents bonded, developed a circle of friends at the time of WWII, after the homes, families, childhood friends were taken away from them. They endured the hardships that followed the Soviet takeover of their beloved homeland and made a new home, solidifying a kindred connection with the church, the center of the community, the family.

We all felt this at the wake. People streamed in up to the last moment of visitation hours. Flowers surrounded Oksana, embracing her into a garden of love that she cultivated. Everyone had a story. Fr. Andriy Dudkewycz described her genuine spirit for helping others, volunteering at fundraising events and church functions. When he focused on her zeal for documenting with a camera and a roll of Kodak film, he dubbed her the Parish Paparazzi. We all knew what he meant. A few months after Yuri and I married she thrust a thick packet into my hands. Photos. Most, Fr. Andriy described, were blurry. Indeed, heads cut off, the feet and floor shots along with other elements of surprise.

After an early morning drive through a chilly fog. The day of Oksana’s funeral turned sunny and beautiful, cerulean blue sky with the crocus coming up under our feet. At the repast, her cousin Ihor had to find another story to tell, since the Parish Paparazzi was outed by Fr. Andriy. At his daughter’s church wedding where the official photographer did not follow the Mother of the Bride, Tania’s, instructions were not in a position to take the father-daughter photo at the entrance (since Ukrainian tradition does not have the father walking his daughter down the aisle to give her away). The photo op would have been lost forever if Oksana hadn’t stepped into the aisle, scrunch down on one knee, and took the shot. It made the official wedding photo album.

Her brother Roman played their last phone call, Oksana wishing him a happy birthday. A collective sigh comes from the hall filling it with a collective sorrow for the loss of a beautiful human being. He continued with stories of her generosity and desire to give things away, “Does anyone need a frying pan? Here take this one.” Fond recollections of the days she when she would bring over varenyky (pirogies), not one dozen, but eight dozen. She said, “ Give them away, to your friends and family.”

Yuri joined Roman with a story of a guitar with painted palm trees that he bought for $10 when he was 12. Roman, played the accordion but finagled Yuri out of the guitar for his own practicing despite the fact that he didn’t play guitar. With a bit of a devil in him, he somehow got on the wrong side of his big sister, Oksana, 15. What comment infuriated her so much that she took the guitar and smashed it over Roman’s back is anybody’s guess. Sibling rivalry and spats are commonplace, but this one didn’t last into their adult years. The guitar shattered. Roman’s Dad explained the situation to Yuri’s Dad and offered remuneration, a pair of prescription eyeglasses for Yuri’s mom. An agreement was made, sans one guitar. Yuri gathered the splinters.

The three shared stories of a youthful Oksana that most of the parish community did not know and it was a lovely way for everyone to hear another side of her. It was also a wonderful welcome back for Yuri and me after the harrowing tales the community has read from the blog I started writing a year ago. He was greeted and embraced with genuine relief and affection, saying how glad they are to see him after his near-death experience from Covid. It never was Covid, but a severe reaction to the Pfizer vaccine. It was a time early in the vaccine administration, the doctors were unable to determine the actual cause since there were few studies and reports released to the medical professionals on the front line.

An Infectious Disease doctor agreed with me and stayed in touch during those first weeks of ICU and Yuri’s critical condition. He actually said that the power of prayer has remarkable healing effects for those that are being prayed for, an unexplainable phenomenon yet so relevant in Yuri’s miraculous return to the living. We are sincerely grateful for all the prayers and good wishes from this family that has taken us in, the parish of St. Nicholas Ukrainian Catholic Church, the Sisters Servants of Mary Immaculate (the cavalry), and Father Andriy for including Yuri in the moleben for the sick every evening during the month of May.

We took home one of the centerpieces, a beautiful pink clematis, and placed it in the family of plants that give us a meditative feeling of peace. We named it Oksana and welcomed her into our family.