A Rescue Bird’s Tail For Telling 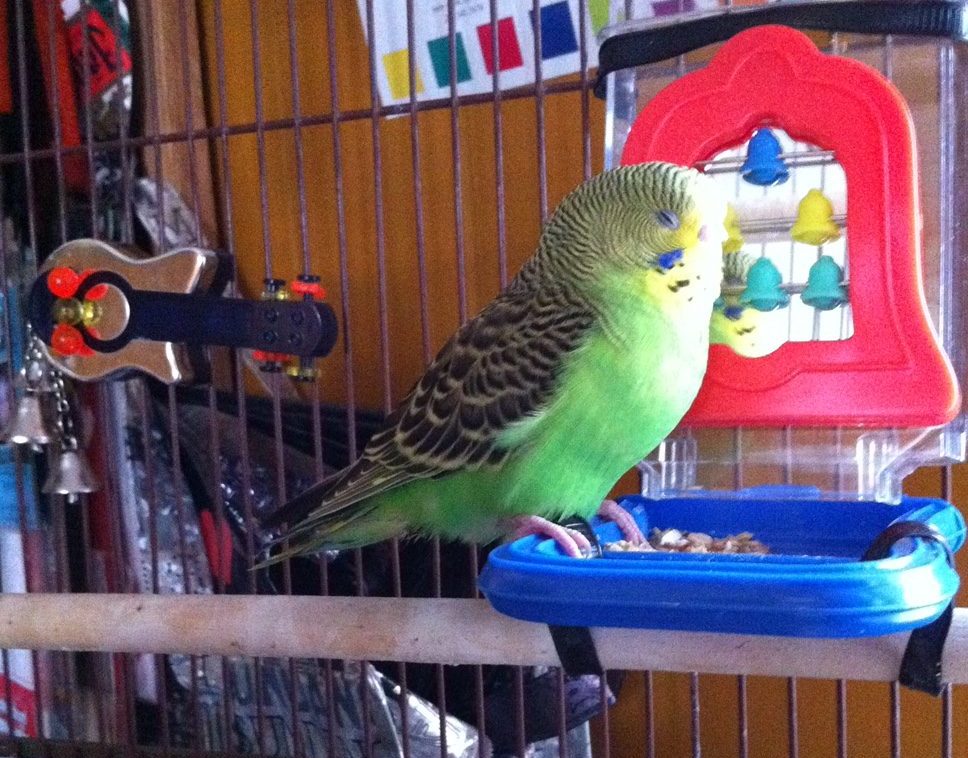 Coming to someone’s rescue comes naturally to me. When Yuri, finally awake from his long springtime nap, wanted to get out of the hospital so desperately despite having atrophied muscles and a body attached to a roomful of machines and linked in tubes, I conspired along with him to enable his escape. His brain’s hallucinations sometimes overtook his awareness of what happened to him. I so wanted him to know that I would not abandon him.

Of course, without his mobility, it was an impossible task and I understood the repercussions if I actually took him home down the hospital freight elevator. Watching his disappointment when I would have to leave him there still another night left me with stinging silent rebuke. I would lay awake nights asking myself have I done enough? How else can I free him from the torturous hours he waited all night into the next day when I finally came back to see him. I wanted him to know I had plans to rescue him from that dreaded sixth-floor wing. He had to trust me.

Ultimately, it worked out with consistent advocacy in Yuri’s best interests with the Attending Physician’s signing off on his discharge and the rehab facility agreeing to accept him in his weakened physical state at the time. His emancipation, rehab work, a determination made the return home all the more urgent to get him on the healing track. Maybe it’s the “do unto others what you’d want them to do unto you” that makes it second nature for me. Call it empathy, an awareness, a sensibility, sympathy towards the powerless, the helpless. Especially the ones that can’t speak out for themselves, like animals, our pets (Nell has her own story), or my rescue bird, Pincio.

It was a warm day. I headed to the local market when I saw a little green entity hopping out from the sidewalk into the road. A car drove over but missed flattening the creature still hopping to the other side of the road with another car driving over– missing again. I followed the hopping. It fluttered into the air, attempting to fly, and dropping just as quickly, making its way into a parking lot. Wasn’t long before the wild birds surrounded it ready to attack the intruder.

I ran over as quickly as I could without getting hit by a car, swooped in, and caught the little fella, desperately trying to escape my cupped hand. A little green parakeet, tail bobbed so he was someone’s pet bird. I brought him home. Did I need another rescue after setting up places for the feral cat colony to find food and shelter? Am I taking this Good Samaritan action a bit too far? How many more will come my way?

Fortunately, my sister had an extra birdcage in her garage. I bought a few things to enhance the comfort level for this extraordinary little bird whose anxiousness slowly lowered when he came to the realization that he is safe from danger. I kept a close eye on him (the beak color determines male or female parakeets) and sighed with relief when I saw him relaxing, breathing quieting down, his eyes closed in grateful repose.

The mornings would be filled with his high-pitched chortles and I thoroughly enjoyed those songs but it seemed he needed the company of his own ilk. It wasn’t long before a young female, Lolita entered into his life and while I can’t really say how matched they were as a couple, he always shielded her from my prying hands. They were together for a few years adjusting to the locations where I set them depending on the season and when we moved to this place on the lake, they sang their hearts out on the screened-in porch.

Last year, Pincio had a weird elongated toe that broke off during one night causing him to bleed out leaving Lolita alone without her protector, her little knight in shining armor. Recently, she seemed in good spirits and allowed me to feed her by hand. Something she never let me do before. It was a small kindness I wanted to show and had I known it was not going to last long, maybe I would’ve done something differently. I didn’t know that last evening would be Lolita’s final high-pitched bird song. This morning I found her at the bottom of her cage.

Parental lessons learned as Yuri and I would go out of our way to help one another, be of assistance, lend a helping hand to others rather than counting up favors and kindnesses as deliberate handouts. He tells me over and over how I rescued him, that I saved him from an unknown that could’ve ended his life. I respond that it’s in our nature to be kind and to be there for the one you love. For all those that you love. Being mean or uncharitable can be unlearned. It’s never too late to step up to the task.

Be someone’s knight in shining armor whether it’s for your own, for the ones that can’t speak for themselves, or the ones too proud to ask. It’s the right thing to do.