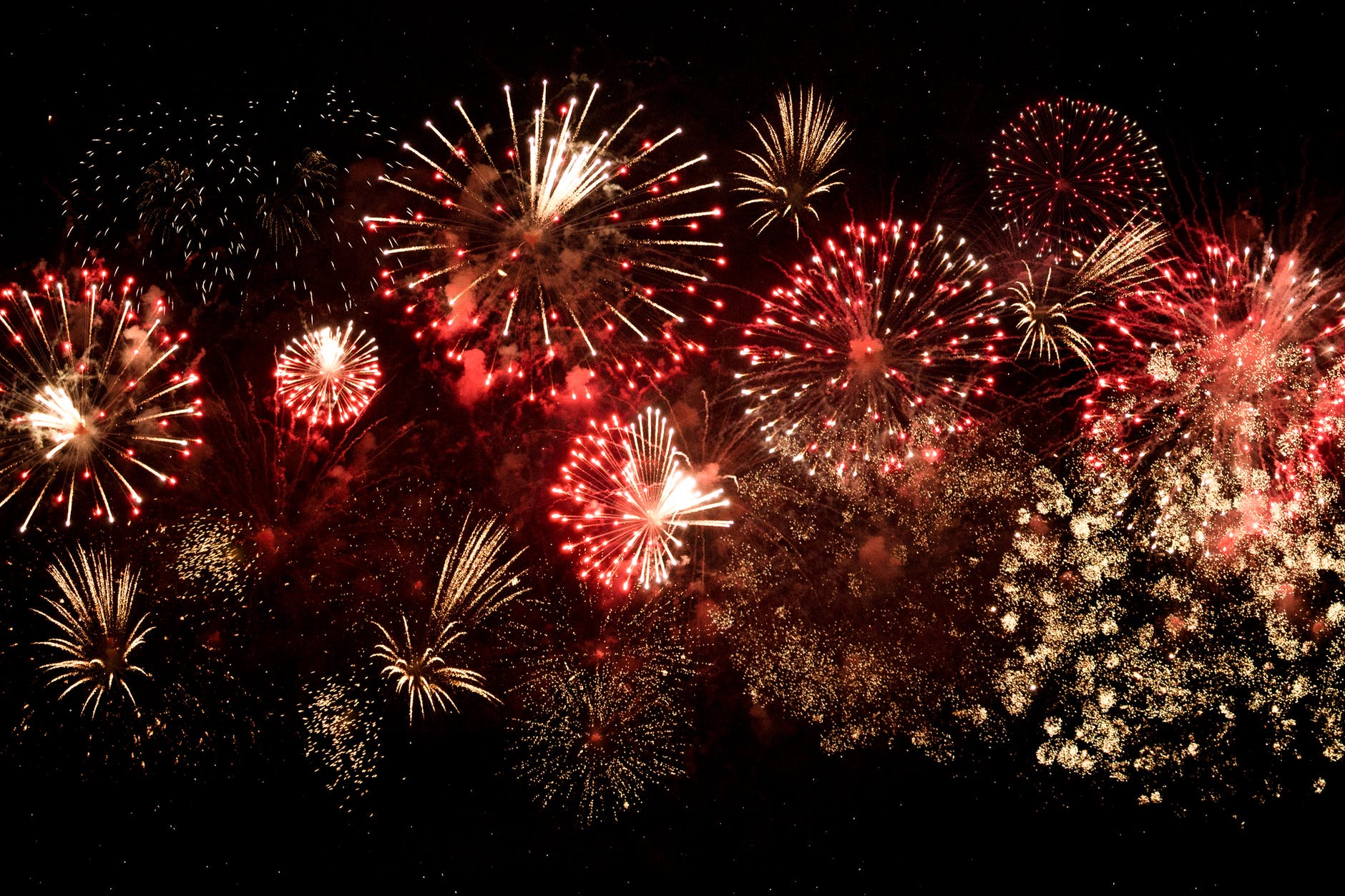 I love fireworks. Growing up in Clifton, NJ, Fourth of July meant a grand picnic followed by a walk to Main Memorial Park for the fireworks show. Not only celebrating Independence Day, but we also celebrated my father’s birthday. The stadium was always packed so we traditionally enjoyed lighting sparklers, then lay side by side on a blanket in the park listening to the gentle snoring coming from my dad after an all-day affair of outdoor eating, drinking with family and friends. Under the shower of fireworks, my sisters and I watched wide-eyed exploding with Oohs and Ahhs one after the next feu d’artifice.

Throughout my life, I looked forward to that Fourth of July night sky no matter where I was in the U.S.A. or abroad as on an overseas archaeological dig in Caesarea Maritima, Israel. It was a ritual I never missed finding the best places to watch the fireworks from being introduced to Macy’s on the massively crowded FDR Drive; settled on a bridge over the Delaware River in Narrowsburg; or on the rooftop of our Arlington Avenue house in Clifton.

Yuri recognized this as an ingrained passion and emotional tradition for me. He embraced the moment despite citing its fleeting inundations of dopamine, a neurotransmitter and a precursor of other substances including epinephrine (adrenaline) as a lot of trouble for such a short time of its emphatic duration.

Despite these misgivings, he accompanied me to the various points – before and after – searching for the best views sometimes climbing down rocks, keeping us safe on the rooftop, or after the event, making a wrong turn in Clifton before I could say don’t go there, getting stuck in the departing traffic and dispersing pedestrians.

Along the way, the meaning of independence turned into a flux capacitor for the DeLorean that suddenly whisked us into a time warp, into another galaxy of rebirth and new beginnings for Yuri’s Independence Days. It started all last week with the access and support for his strength and mobility, followed by the swallowing therapist/speech pathologist giving the okay for smooth foods. He could not contain his excitement for actually eating something for the first time in three months. Immediately he asks “What’s for dinner?”

From Yuri’s description of eating mashed potatoes, I want to add that it was the first dining-together experience we have had in a very long time. Witnessing his state of perfect happiness, I note that it’s only a tiny plate of two tablespoons of what he referred to as nirvana.

Just as he would dissect the makings of a song, with every bit, he identified the subtle flavors of sauteed onion and savory spices. We take for granted the very things that give us sustenance and the physical mechanics that keep us alive. It was a pleasure to watch his joy in what little cooking (heating up) I have been doing the past few months.

From that point, Yuri went down food memory lane a bit, filled with flavor and places where we tasted some of the best food and drink. When I mentioned a recent purchase of Gelato in the freezer, his thoughts turned to a certain Italian town where we were treated to the best Gelato in Italy. We need the address of that place and put in an order. And that means planning a trip to Orvieto and its surroundings. There’s a lot of catching up to do.

Taking the steps (literally), Yuri is making headway in standing and moving independently on his own. Today is his Independence Day. Maybe food is the incentive for making the moves towards his goals and their positive outcomes. Fireworks would be for me. On this day, my father, dad, tato, would have turned 97. He always loved having his birthday on the Fourth of July. You always get the day off. And you always get fireworks.